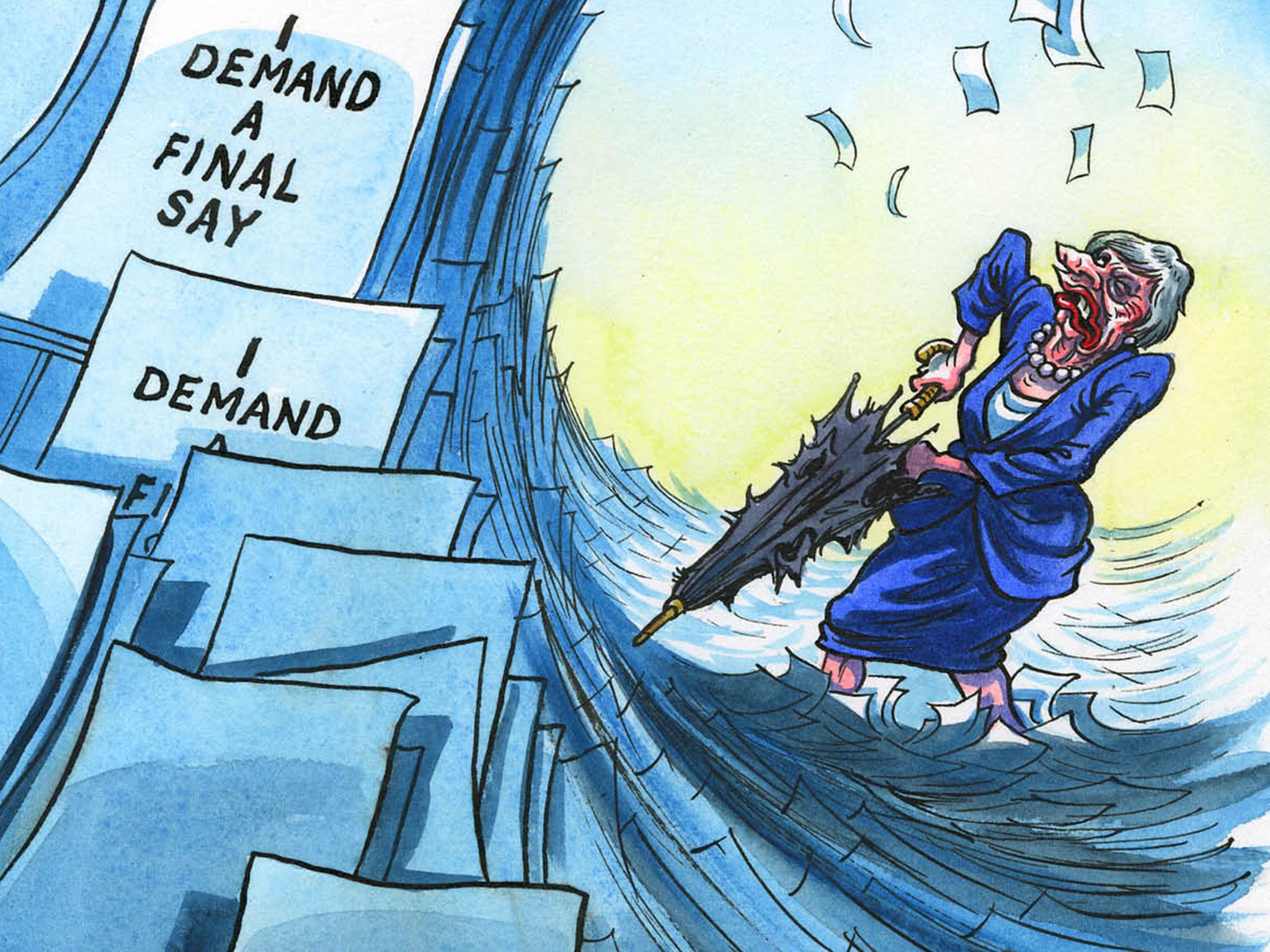 One million people have now signed The Independent’s petition calling for the British public to be given a Final Say on Brexit in a new referendum.

The petition reached the milestone on Saturday afternoon, just three months after it was launched and amid deadlock in negotiations with Brussels and growing concern over a looming no-deal Brexit or the possibility of a deal that does not prove to be popular with the public..

Theresa May has refused to contemplate a new referendum – but the matter may eventually be taken out of her hands, with odds on the prime minister finding any deal parliament can approve dwindling.

It was just one week ago that almost 700,000 people took to the streets of London for the People’s Vote and The Independent March for the Future, the biggest mass-demonstration the UK has seen since the Iraq War.

The Independent launched its Final Say campaign to secure a vote on the outcome of Brexit in July, with names on the petition quickly soaring into the hundreds of thousands.

Labour MP Chuka Umunna told The Independent on Saturday: “Last week over 700,000 people from all over the country and from all walks of life took to the streets to demand a say over the biggest decision this country faces since the Second World War. This week sees The Independent’s petition for a Final Say reach over one million signatures.

“As the disaster of Brexit unfolds, and more and more people reach the conclusion that however you voted in 2016 no one voted for this mess, the momentum for a people’s vote just gets stronger. This cannot be ignored by the main parties.”

There is currently an impasse in the Brexit talks, with Northern Ireland the central focus among many other issues. Officials on both sides of the Channel have failed to find a way through since the negotiations began in earnest two years ago.

With the deadline for a deal having been constantly pushed back, and now looking unlikely until just before Christmas, the prime minister admitted earlier this week that while she believed a withdrawal agreement is 95 per cent complete, the Irish border problem remained “considerable”.

While Conservative MPs will not allow Ms May to accept the EU’s plans for keeping the border between Northern Ireland and the Republic open if no future relations can be agreed, the EU will not countenance leaving the same plans out of any agreement.

The European parliament’s Brexit lead Guy Verhofstadt said on Wednesday: “Progress on the Brexit negotiations can be 90 per cent, 95 per cent or even 99 per cent.

“But as long as there is no solution for the Irish border, as long as the Good Friday agreement is not fully secured, for us in our parliament progress is zero per cent.”

The deadlock has raised odds that the talks will break down resulting in no deal, or that Ms May will make concessions to break the impasse that will be unacceptable to her own party.

At the moment there seems to be no shape of deal that can enjoy a majority in the Commons, given that Labour is highly likely to vote against any deal Ms May brings back.

If the prime minister’s agreement is voted down, the government has tried to claim it will mean the UK leaving with no deal at all, but parliamentarians will likely have an opportunity to intervene.

Faced with failed negotiations and the prospect of a no-deal Brexit, many MPs believe the option of a further referendum will be the only credible option.

Around 100 have publicly backed having a new vote with many more doing so privately and others saying it is likely to be where the country will end up, regardless of their own preference.

The Independent has launched its #FinalSay campaign to demand that voters are given a voice on the final Brexit deal.

The Conservative MP Anna Soubry hailed The Independent’s petition, and said: “Brexit reality – chaos and no trade deal – is not what Leave voters were promised which is why more and more of them are demanding a Final Say, deal or no deal, with Remain on the ballot paper.”

Last Saturday some 670,000 were said to have attended the march in the capital demanding a new referendum.

The mayor of London, Sadiq Khan, was among those who addressed crowds in Parliament Square, along with representatives from the main political parties and well-known figures including Steve Coogan, Delia Smith and Deborah Meaden.

Brexit reality – chaos and no trade deal – is not what Leave voters were promised which is why more and more of them are demanding a final say, deal or no deal, with Remain on the ballot paper